Weaving is always a digital process of up/downs, so it got me working with codes to generate patterns or weave structures for the Jacquard loom to create these these abstract images that are still based very much on real stories.
Also it allowed me specifically to tell Philomela’s story 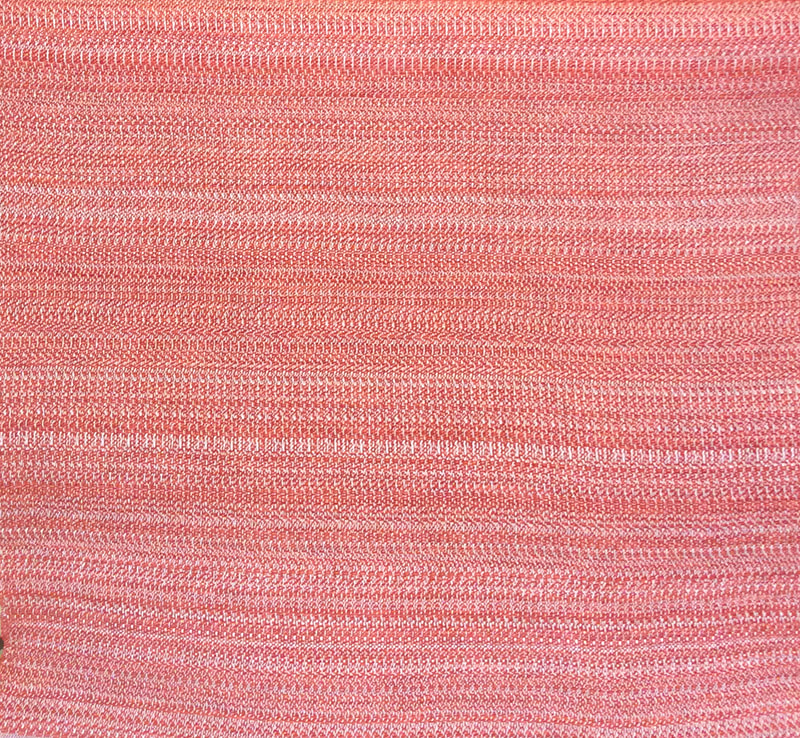 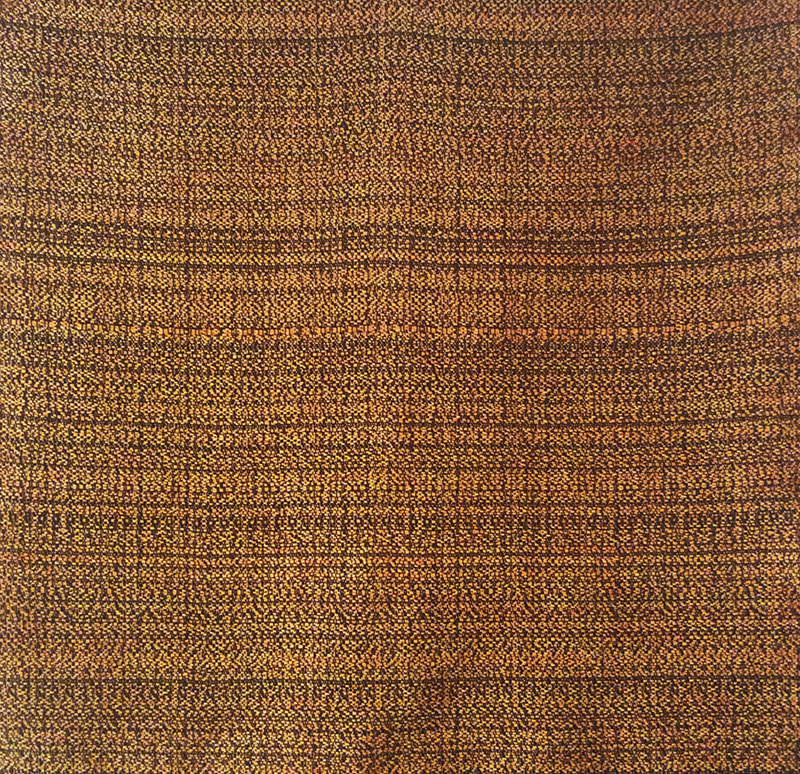 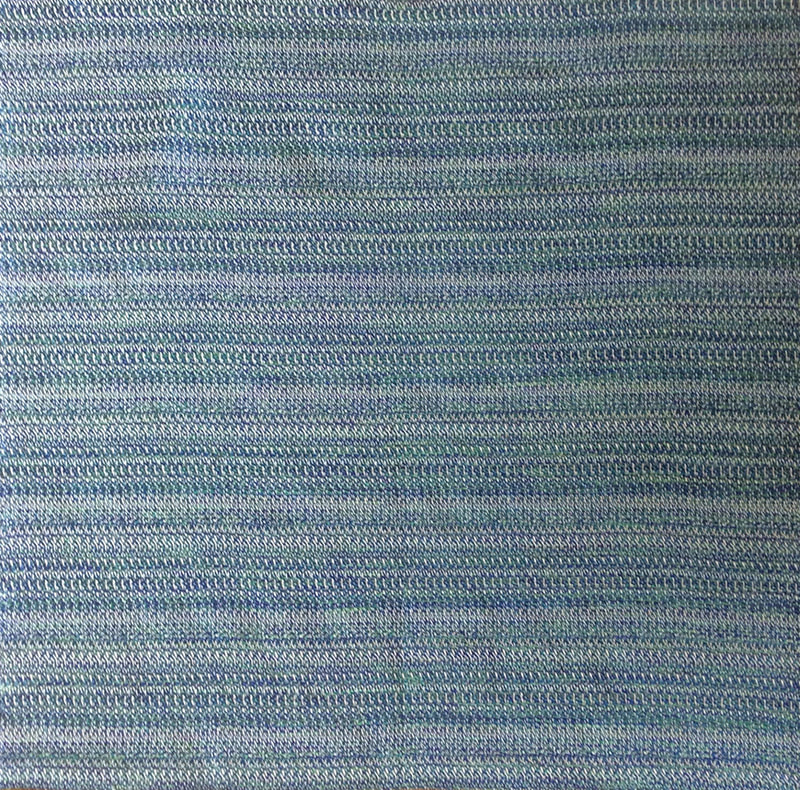 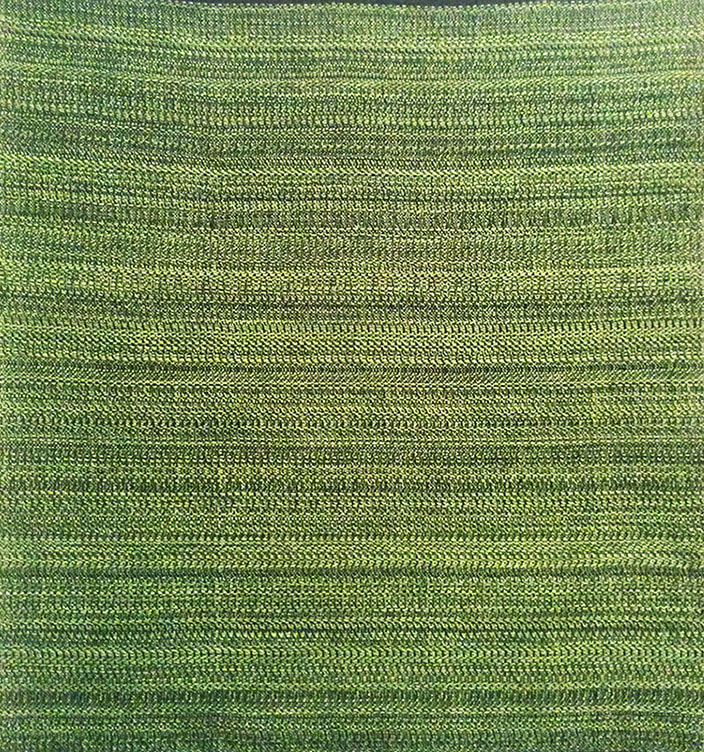 Red: The Ada Lovelace Code: uses Ascii to translate her quote form 1943: “The Analytical Engine Weaves Algebraic Patterns, just as the Jacquard Loom Weaves Flowers and Leaves…” 2017
Yellow: The Philomela Code uses Morse code to create the weave structures. And is based on her story as told by Ovid.
Blue: The Arachne Code uses Ascii’s 0’s and 1’s and is based on Ovid’s text
Green: Pi uses uses Ascii’s 0’s and 1’s  and shows up to 265 digits