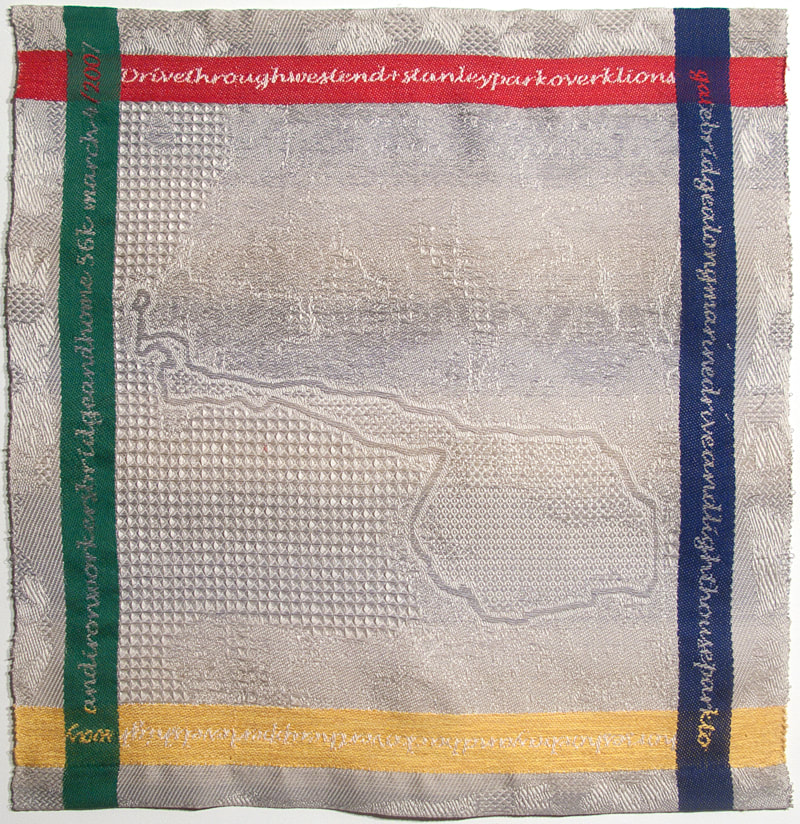 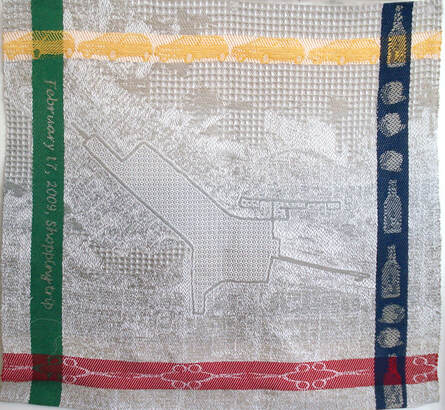 I am interested in objects that look like towels and also speak to formal paintings such as Mondrian’s simple squares and primary colours and the idea of domestic landscape. In addition they borrow from traditional damask weaving in white on white. But the designs borrow from pattern weaving, rather than 'paint by number' association of colour to weave and the GPS tracks are placed in their geographic landscape.
I also wanted to see if different modes of transportation would produce noticeable different qualities of lines. In the city we mostly drive on a grid although we also follow landmarks, rivers and ocean fronts. By kayak we follow no grid at all and while biking or hiking we may follow a path or meandering trail. The coloured stripes carry a variety of information and data, from location data, speed and Heart rate data, route descriptions and pictures. 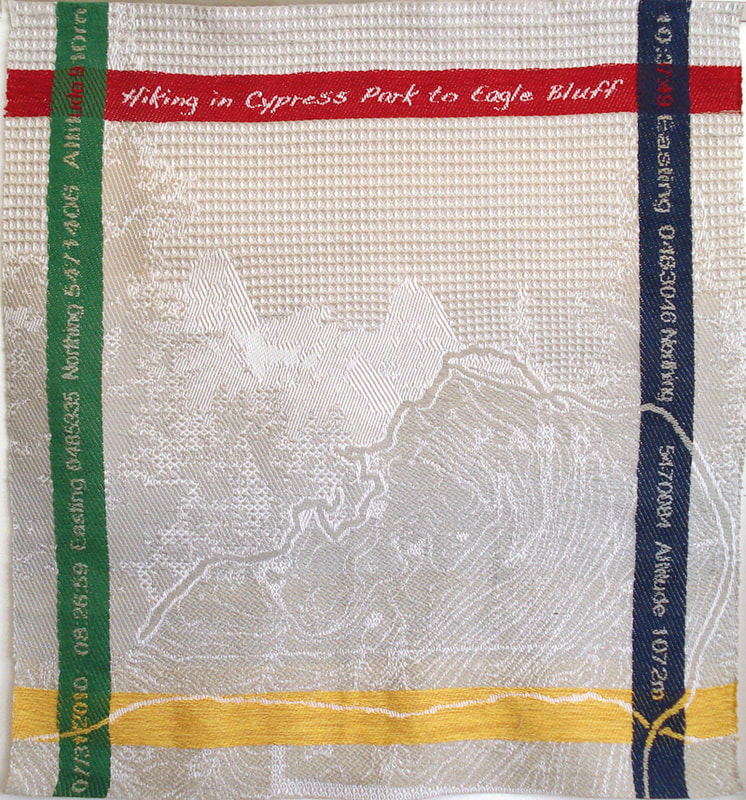 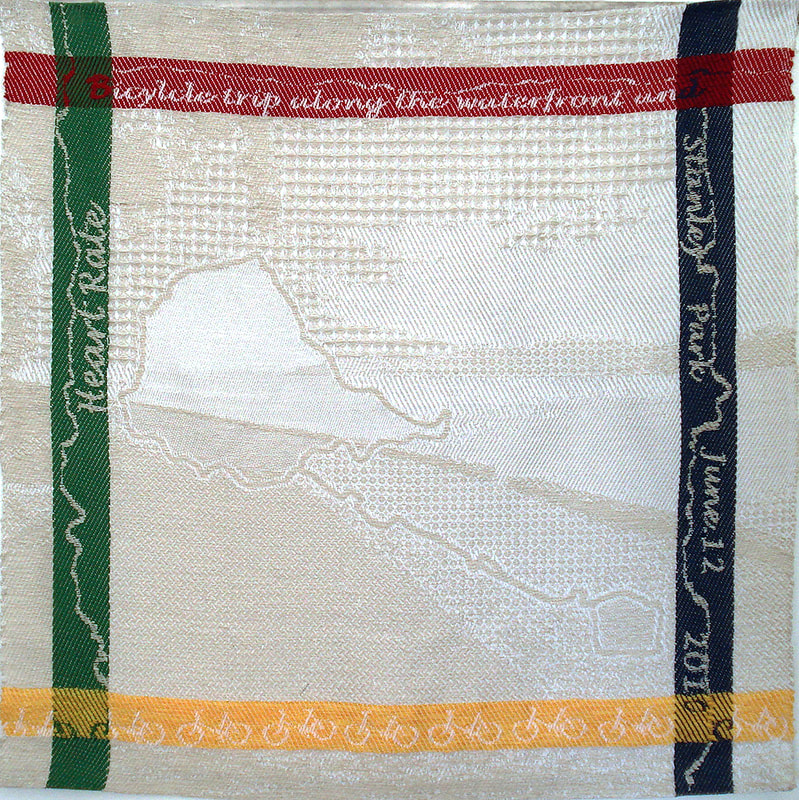 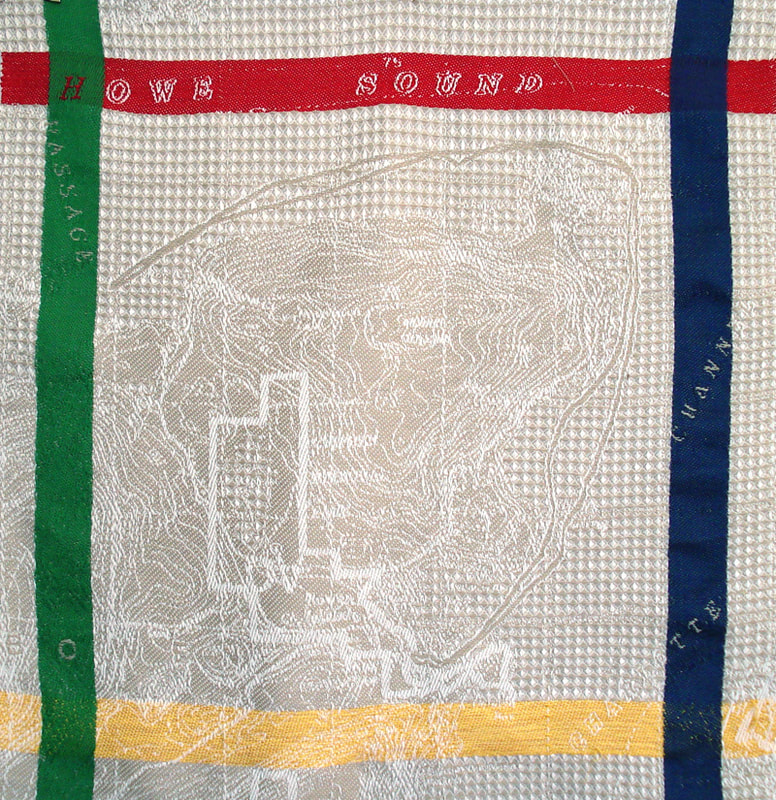 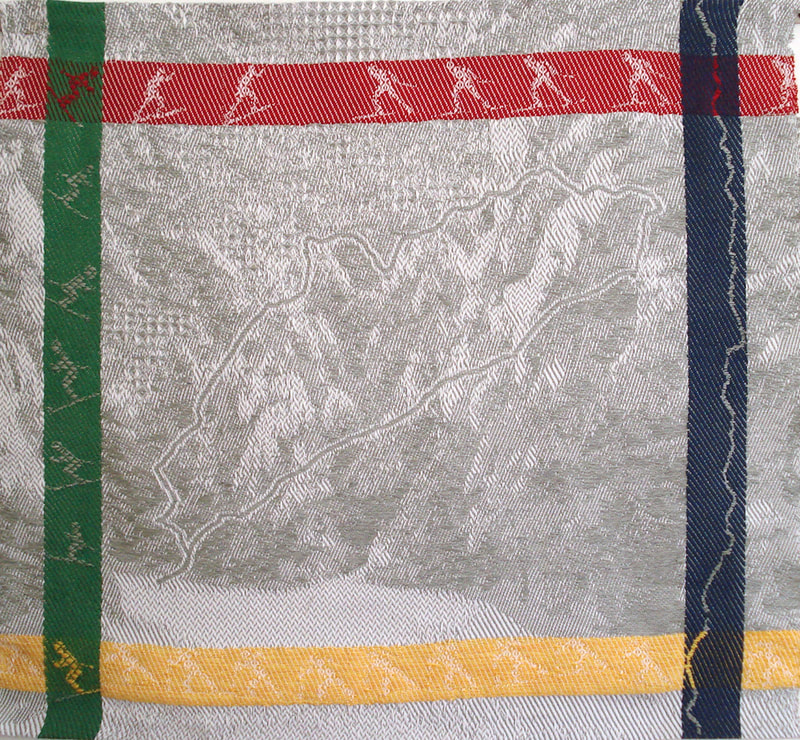